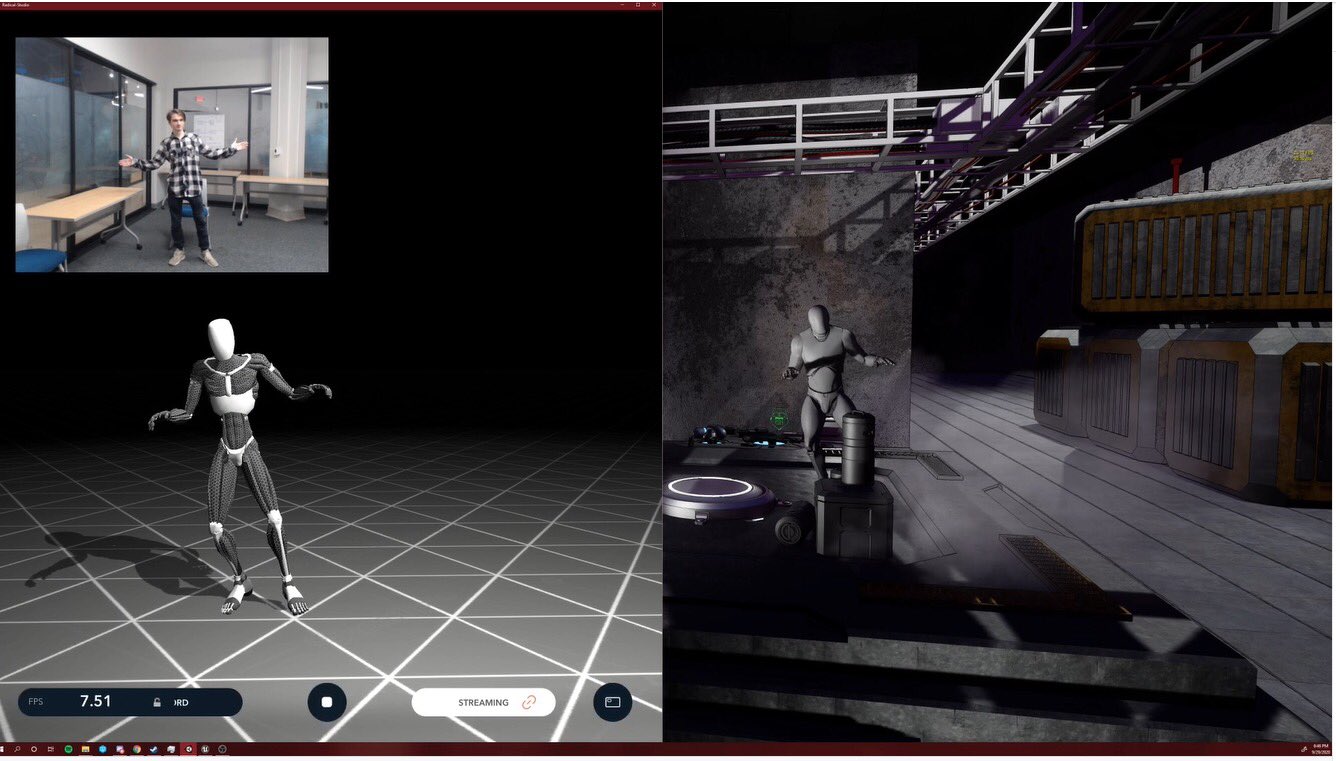 We are partnering with Radical Motion for a motion capture tech demo on Tuesday, September 29th @ 6:00 PM EST!

Silas will be showing how we built a full motion capture pipeline with Radical’s new software, and answering Q&A. Its an extremely fast and efficient solution to animating characters, compared to industry standards that typically cost tens of thousands of dollars.

Radical Studio has real time, on premise motion capture + rendering. With Live Link to Unreal we can even view our motion captured animations on our own characters, in real time as we record the motion. If you can’t join the stream while its live but want your questions answered, use this Reddit thread: https://www.reddit.com/r/Revn/comments/iyl8k6/motion_capture_tech_demo_with_qa_revn_x_radical/

The stream will also be featured by 80 LV (https://80.lv/). We will be making a short highlight video for those who want a quick tutorial afterwards.